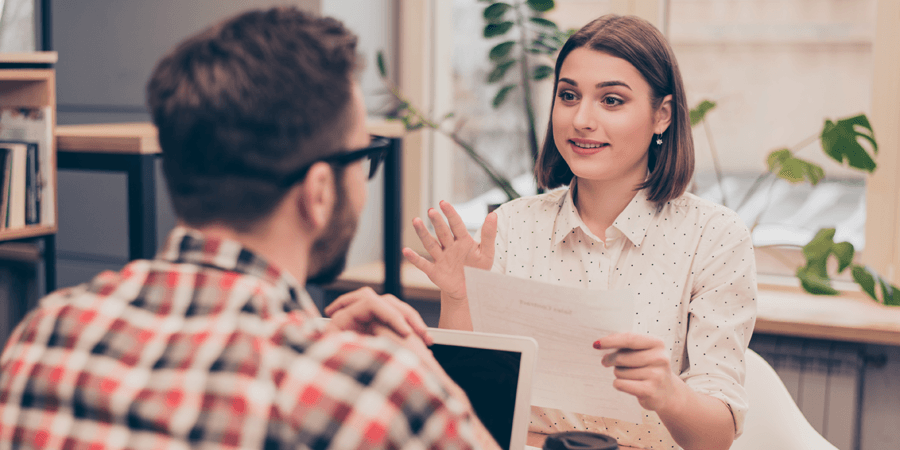 Many leaders want to be more assertive, but worry about doing so because they don’t want to be perceived as (or actually become) aggressive. It’s a valid consideration. We’ve all worked with people who have crossed the line into aggressive territory. And we’ve either experienced the negative results personally, or witnessed the fallout within an organization or team. Leaders who communicate in combative, sharp or domineering ways create a work environment that lacks trust, respect, motivation, creativity, and true collaboration.

The truth is, however, that most of us who worry about communicating aggressively probably won’t go there. Why? Because we already have the awareness that being aggressive is ineffective, and we want to avoid becoming so. That’s good. At the same time, the fear of being aggressive might be preventing us from being as assertive as we need to be. That’s not so good. Assertiveness is a key emotional intelligence skill, which helps leaders communicate clearly, broaden their influence, impact situations, solve problems, address issues and navigate conflict.

So, let’s get clear on what it means to be assertive without being aggressive.

Speaking up: Assertive leaders are comfortable sharing their thoughts, feelings and beliefs openly.

Being clear and direct: Being assertive means not beating around the bush. Assertive communicators don’t try to hide or obscure their point. They speak clearly and directly.

A willingness to be the odd person out: Even if the majority of others might disagree with them, assertive people still speak out and offer their perspectives.

Contributing ideas proactively: The less assertive person might sit back, analyze or second-guess their ideas before sharing. Those of us who are more assertive tend to proactively offer our thoughts and ideas.

Defending your rights or values: The art of assertiveness involves being able to stand up for what matters most – to effectively dialogue, debate or defend when needed.

Comfortable saying “no”: An assertive leader doesn’t default to people-pleasing or saying “yes” to every opportunity that comes their way. They’re comfortable refusing some opportunities, even if it might immediately disappoint others.

How can you keep from being aggressive?

Be aware of your tone & body language: How something is said really matters, sometimes even more than what is said. Be attentive to your tone. The most effective communicators ensure their tone doesn’t hold any defensiveness, tension or judgment. In addition, be conscious that your body language is open and engaged, as opposed to closed, resistant or withdrawn.

Don’t interrupt or speak over someone: Doing either of these things can signal aggression. If you have a tendency to do this, try to increase your awareness of when you get the impulse to intrude. That new awareness can help you to pause, listen more closely to the other person, and wait for your opportunity to speak.

Use “I” versus “you”: When discussing differences of opinion, or when sorting out a misunderstanding, using statements that include “you” can sound accusatory. Instead, speak from your own perspective by utilizing “I” statements. For example: “I’m concerned, as I’m feeling like….” or “I think I’m observing that X or Y is happening.” That’s opposed to: “You’re just trying to…” or “When you did that, you really…”

Offer criticism thoughtfully rather than impulsively: Assertive leaders are comfortable giving critical feedback in direct ways, but do so with thoughtfulness and care. They don’t offer feedback impulsively, or allow it to be motivated by heightened emotions.

Ask questions: Staying in a place of inquiry is a great way to avoid being aggressive. Channel your assertiveness into asking questions. Doing so can help you better understand the perspectives of others, and will encourage dialogue. Asking questions is also a great way to suggest alternative ideas, such as “What if we thought about doing it this way instead? What do you think?”

Leave space for others: If you’re talking most of the time during a discussion, it’s fair to say you’re probably dominating or being somewhat aggressive. It’s possible to be assertive while still allowing others to speak up and contribute. Be aware of striking this balance.